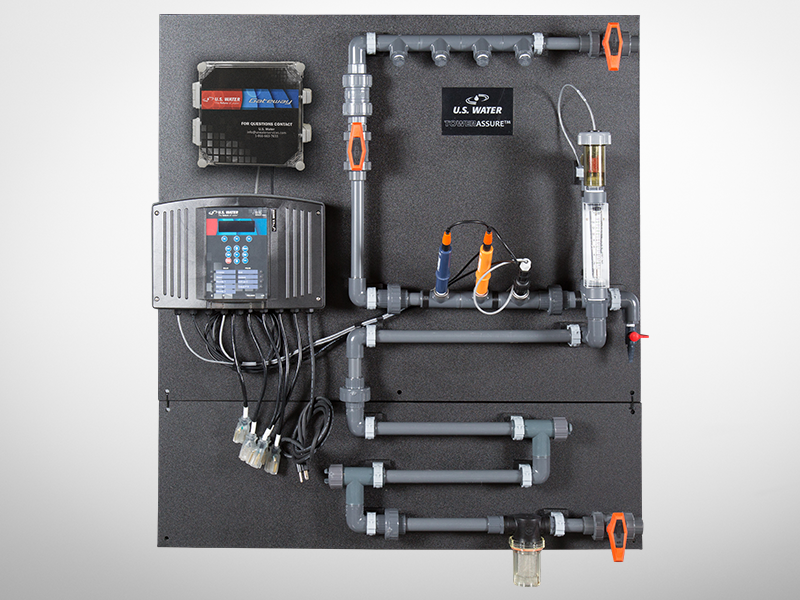 As featured in Water Technology Online.

After working with their water treatment vendor for three years, a Southern United States pharmaceutical plant was unable to identify the source of boiler scale and low condensate return rate. The boiler scale and a low return rate were causing increased fuel and operational costs. U.S. Water conducted a plant survey to uncover the boiler system issue.

Within a week of the initial plant survey, U.S. Water had identified the issue behind the system’s energy loss. Both of the plant’s on-site heat exchangers were leaking and sending large amounts of hardness to the boiler system. This hardness was causing excessive boiler scale formation and a condensate return level of only 28%. Once this was discovered, U.S. Water and the plant partnered to implement a solution.

U.S. Water’s TowerAssure™ automation package was introduced for both cooling tower systems, along with boiler blowdown controllers for online monitoring. The TowerAssure program combines leading edge software, cellular communications, automation and monitoring into one simplified solution. Its panel-mounted design allowed for an easy transition from the facility’s existing treatment program to U.S. Water’s solution. Corrections were also made to their existing boiler pre-treatment softeners to reduce the system’s salt consumption. All systems are now online and the plant operators receive daily performance dashboards. With 24/7 access to the system’s operational data, plant operators can ensure asset integrity and operational efficiency.

After the implementation of the system, the customer has noticed substantial energy savings and improved system efficiency. Both of the cooling tower systems corrosion coupon results started trending down to acceptable levels, and condensate return water quality contained zero hardness. The level of condensate return is now around 80%, a dramatic increase from less than 28%!