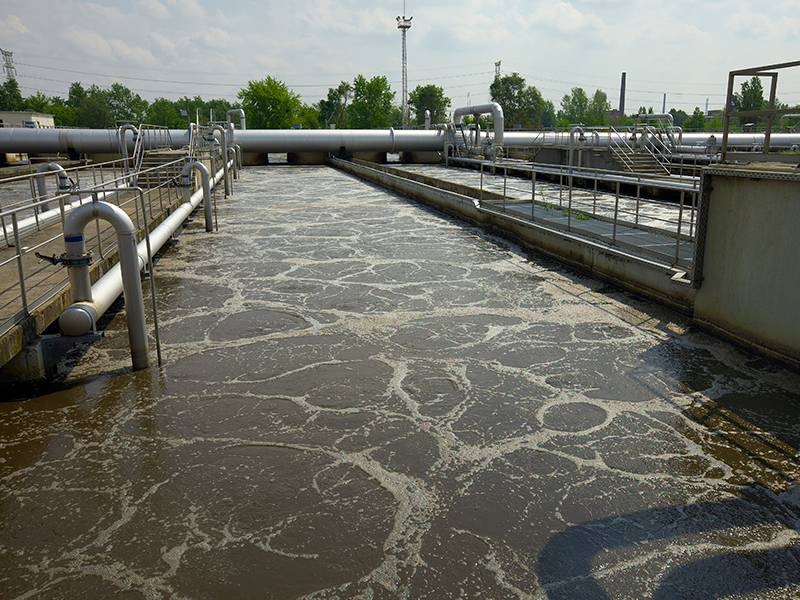 A protein further processing plant located in midwest United States was concerned with objectionable odors, hydrogen sulfide levels, and poor system efficiency in their wastewater treatment plant. The cause of these issues was found to be a sludge cap on their waste receiving pit and the associated growth of anaerobic bacteria beneath the cap. To remediate this problem, select strains of naturally occurring aerobic bacteria were applied to the system along with increased aeration.

Wastewater collection and retention systems in the protein processing industry can range in volume from 1,000 to 10,000,000 gallons and with varying flow rates. These systems contain a variety of solids and wastes, mostly of an organic nature (fat, oil, grease, blood, sugars). Bacteria is used to digest these wastes as part of the handling process. Often times, indigenous bacteria do not have the metabolic capability to break down these organic solids effectively and efficiently.

A protein further processing plant in upper Midwest United States was experiencing objectionable odors, high hydrogen sulfide levels, and poor operational efficiency due to a 3 foot thick sludge cap that formed on top of their wastewater receiving pit. This sludge cap is a food source for bacteria, however it blocked oxygen from entering the system. This led to the growth anaerobic bacteria (bacteria which don’t require oxygen to grow). These anaerobic bacteria metabolize sulfur compound, which cause mal odors, hydrogen sulfide gas release, and can slow solids breakdown in systems designed for aerobic operation (oxygen metabolizing).

After a thorough survey and engineering discussion, the further processing plant implemented U.S. Water’s recommendation to apply MegaFloc Bio 100 (selected strains of aerobic bacteria) at the rate of 2 ppm and introduced aeration to the system. Within just 30 days of implementing these changes, the system’s sludge cap was nonexistent, objectionable odors were eliminated, hydrogen sulfide levels were non-detectable, and system efficiencies improved back to design specifications.