The Pursuit of a Green Carbon Steel Corrosion Inhibitor: Laying the Groundwork - Part 1 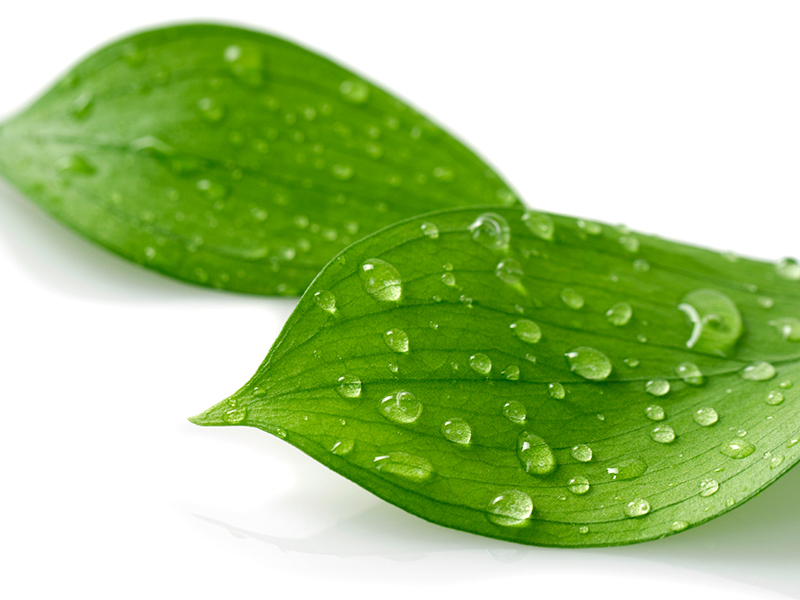 Abstract
Corrosion control of carbon steel heat exchange components is becoming more important as energy costs rise and the demand for environmentally friendly chemicals is on the water technology forefront. This article explores the effectiveness of various inhibitors in open system cooling tower water that is both corrosive and scaling. Part 1: Laying the Groundwork gives an overview of the inhibitors tested and the criteria for green inhibitors. Part 2 will present the test results in terms of environmental friendliness, effectiveness, and cost.

Metals have been used for many years to minimize carbon steel corrosion. Inorganic compounds such as chromate, zinc, and molybdate, often times combined with phosphate or polyphosphate, are added to aqueous systems to provide corrosion protection for carbon steel. In the last several years, these materials have been regulated more stringently by the U.S. Environmental Protection Agency (EPA) and other governing agencies due to their negative impact on the environment or other safety concerns. Hexavalent chromium compounds are considered to be known human carcinogens and the overall non-biodegradability of the metals is considered undesirable as they tend to accumulate in the environment. Molybdate has come under scrutiny because of the negative response of lactating dairy cows to high levels of dietary molybdenum. Phosphate from agricultural run-off and other sources can promote algae blooms that limit oxygen in lakes and streams causing the death of aquatic life. Although these materials have worked well to prevent expensive corrosion of carbon steel, they are becoming less and less available or the amount that can be used for this purpose has been substantially limited.

In light of these environmental and safety restrictions, newer non-metallic corrosion inhibitors have become commercially available. These organic inhibitors are often based on low molecular weight polymers, phosphonates, and amino phosphonates. Some of these organic molecules have proven to be successful carbon steel corrosion inhibitors. Although they show improved environmental acceptability, they too may have some technical concerns. Organic molecules may be more susceptible to oxidizing biocides than inorganic molecules. Many azole-based copper corrosion inhibitors are susceptible to degradation by oxidizing biocides. Hydroxyphosphonic acid has shown susceptibility to chlorine, even at low levels. This presents a problem because oxidizing biocides are a necessary part of any successful water technology program for control of potentially harmful bacteria, such as legionella.

Organic inhibitors based on the phosphate molecule may result in unexpected phosphorous in an open cooling system because of reversion of some of the organic phosphonate to orthophosphate. Reversion of the organic phosphorous molecule may render it less effective as an inhibitor but may be a good biological food source. Finally, organic inhibitors can be deactivated by cationic microbiocides such as the quaternary ammonium compounds and other cationic substances that may be present.

Tin is one inorganic inhibitor recently available that is less regulated than other metals. It can be used in drinking water, carries some Food and Drug Administration (FDA) accepted food uses, is considered quite safe for the environment, and for human safety in general.8 Tin used for corrosion inhibition in cooling towers currently has patents associated with its use.

Green Chemistry has become a design criterion in water treatment programs and the chemical industry over the past decade. The definition of Green Chemistry is constantly evolving to include new environmental regulations and customer expectations. In general, it may be assumed that Green Chemistry is environmentally friendly, but may have other connotations that apply to safety, good manufacturing practice, and even efficiency.

Methodology
Green Chemistry Criteria
In our pursuit of a green carbon steel corrosion inhibitor, we strive to be as green as possible, and yet perform adequately for the purpose intended. For the purpose of this paper, the inputs that are used to determine green status for an inhibitor fall into six categories. A summary of the evaluation is shown in Table 1. The values are the subjective interpretation by the authors.

Biodegradability.
An organic chemical substance is said to be biodegradable if it can be broken down by the metabolic action of living micro organisms such as bacteria, fungi, algae, and yeast. Biodegradation is one of the most important processes governing the fate of a chemical after its release into the environment. A highly biodegradable material is considered greener than more persistent counterparts. Inorganic materials are not usually considered biodegradable; they tend toward bioaccumulation instead, which implies a negative situation. This, their green rating for this particular criterion is low.

Ecological Toxicity.
Toxicity testing can be done to determine the effects of a material on aquatic species like fish, water flea, and algae. The less ecologically toxic a material is, the greener its status.

NPDES Status.
The National Pollution Discharge Elimination System (NPDES) issues permits regulating chemical discharge for the protection of the environment. The materials that are regulated on these permits and the concentrations allowed for discharge to the environment will affect the green ranking of a material.

Safety.
Materials are rated for safety by several factors: the Occupation Safety and Health Administration (OSHA) through a Material Safety Data Sheet, the United States Department of Transportation (USDOT) through the Hazardous Materials Table, the FDA through a Generally Regarded as Safe (GRAS) status, and others sources as they apply. A higher safety rating translates to a better green status.

Chemical Inhibitors Used in Pilot Testing
The additives chosen for our pilot testing are common inhibitors that are available in industry. The list is not exhaustive but gives a fair representation of the kinds of technology currently available. Descriptions of various corrosion inhibitors can be found in the AWT Technical Reference and Training Manual.

Zinc.
Zinc inhibits corrosion of carbon steel by forming hydroxide or hydroxycarbonate compounds on the surface. Zinc is often combined with other corrosion inhibitors. A solution of zinc chloride was used.

Tin.
The mechanism for tin corrosion inhibition of carbon steel is not well understood. A 50% tin chloride solution was used. The use of this material as a corrosion inhibitor in cooling towers is patented.

Polyphosphate.
The mechanism of polyphosphate inhibition is complex, but can be generalized by precipitation at cathodic carbon steel sites. Polyphophate is often combined with other corrosion inhibitors. The polyphosphate source was tetrapotassium pyrophosphate (TKPP).

Hydroxyphosphonic Acid.
Hydroxyphosphonic acid (HPA) is a phosphonate inhibitor that precipitates a general protective film at both anodic and cathodic sites on carbon steel. A liquid solution of HPA was used.

Coffee Extract.
It is unknown which chemical components of coffee extract directly contribute to carbon steel corrosion inhibition. A viscous coffee extract material was used in the experiments.

Experimental Procedure
The test apparatus consisted of a circulation loop with the return water line aerated before entering the sump. This provided the necessary oxygen to simulate cooling tower water. The flow rate was 7.0 gallon per minute in 1” clear PVC piping for ease of visual inspection. This corresponds to a linear velocity of 3.2 feet per second. This is in the range of accepted flow rates for corrosion coupon racks.

The temperature for each run was maintained at 95 degrees Fahrenheit; the heat was provided by the main circulation pump and booster pump. Synthetic water was used to simulate both a scaling and corrosive environment. The synthetic water quality is shown in Table 2. Scale was controlled during each run by the addition of active 1- hydroxyethane-1,1-diphosphonic acid (HEDP) and a phosphate/iron dispersant copolymer (AA/AMPS). The active amounts of scale inhibitors are shown in Table 2. The equilibrium pH for each run was 8.7 to 8.9. This was the natural result of the amount of synthetic bicarbonate alkalinity added, the temperature, aeration, and test run duration.

New carbon steel coupons and corrator tips were used for each run. All coupons and tips were not passivated prior to an experimental run. Each test consisted of a five day run at which time pictures were taken of the carbon steel coupon and corrator data was graphed. A copper coupon was also installed in the loop for each run to provide a source of potential free copper to more closely simulate a mixed metallurgy cooling water system. Tolyltriazole was added to the system to minimize corrosion of the copper coupon. This was done to further mimic field conditions. No other metallurgy was present in the system; all fittings were schedule 80 PVC. The system was cleaned between runs with citric acid and rinsed thoroughly. The rating of an inhibitor was determined by the appearance of the coupon, the corrator graphs, the green status, and the use cost.

Results & Discussion
Coupon Analysis
Due to the shortened five day exposure time of each trial, coupon analysis was limited to qualitative observations. The results, shown in Table 3, provide a visual comparison between corrosion inhibitors.

The relatively poor performance of the molybdate and phosphate/polyphosphate could be attributed to an ineffective low dosage. It is also possible that the inhibitor did not provide both anodic and cathodic protection under the test conditions. The molybdate coupon appeared worse than the control coupon that had no adjunct corrosion inhibitor added beyond what may have been provided by the HEDP and copolymer shown in Table 2. The tolyltriazole present in each trial may have also provided some minor protection for carbon steel either by limiting free copper in the system or as a complimentary carbon steel corrosion inhibitor.

Corrator Analysis
This type of corrosion analysis yields graphical results that provided a quantitative representation for the full five day test run. The two-channel corrator output provided continuous results on corrosion and the pitting potential, which is called the imbalance. As with the coupons, the molybdate and phosphate/polyphosphate inhibitors provided the least mild steel corrosion protection under the conditions of the test and the inhibitor dosages used, as can be seen in Figure 1.

Based on the Green Chemistry criteria defined in this research, aspartic acid polymer and coffee extract ranked the most green, as can be seen in Table 1 and Table 3. They are followed by tin, phosphonocarboxylic acid, hydroxyphosphonic acid, and polyaminophosphonate. Finally, orthophosphates, polyphosphates, molybdate, and zinc were considered the least green. If phosphate-free status is mandatory then polyaspartic acid and tin would be the green inhibitors of choice.