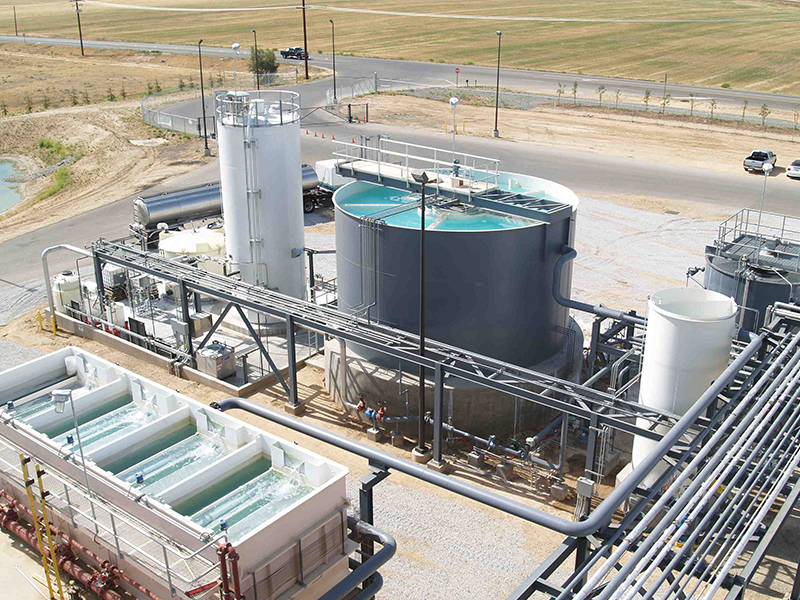 Introduction
Water supply issues and sustainability are emerging as a national concern with the energy sector coming under increasing scrutiny. This is certainly the case with the ethanol industry. State discharge regulations have and are dictating that plant designs incorporate technological solutions to minimizing water use. These designs involve utilizing equipment that allows flexibility in reusing water streams internally such that no water is discharged to the environment thus operating as a zero liquid discharge (ZLD) facility. This brings additional challenges in an ethanol production plant because process water quality must be compatible with biological processes occurring in fermentation and will affect co-product quality as well. The complexity and risks associated with failing to integrate the water system design with the ethanol process can become painfully manifest. The wrong decisions can be disastrous and costly, even leading to plant inoperability and shut down. U.S. Water has participated in repairing a number of these designs in order to allow plant operators to meet water quality requirements compatible with ethanol production.

While U.S. Water had historically designed traditional water treatment systems for a number of facilities, it embarked on it's first ZLD ethanol plant in the United States in California which began operations in 2006 after a year and a half of careful design and construction. This was the first operational ethanol plant in the U.S. incorporating ZLD that was mandated by California. Since then, U.S. Water has been involved with a number of additional clients that have been required to incorporate ZLD in their designs. Other plants have been designed with equipment and piping options that allow for future ZLD operations should the need or preference to do so arises.

This was the case with Patriot Renewable Fuels in Annawan, IL. From original plant design and inception, Patriot Renewable Fuels included the option to operate as a ZLD facility in the interests of conserving water. As a first and critical step, Patriot CEO Gene Griffith led the effort to strategically locate a site for the plant that would insure both water quality and supply availability to meet the expected use demand consistent with plant production capacity. This led to the purchase of properties that were suitable for plant location and reliable water supply. 29 acres with 3 wells was purchased and underground pipelines were run under a canal and under interstate highway 80 to connect this supply to the plant. The engineering design for the plant that followed included the water treatment equipment that would be required to reprocess typical waste streams such as cooling tower blow down and reverse osmosis concentrate and operate as a ZLD.

The plant began operations in August 2008 operating as a traditional facility in terms of water use. Cooling tower blow down and RO concentrate were discharged to the environment as permitted by the State of Illinois and as typically practiced by nearly all industrial plants.

During 2009, Patriot made the decision to voluntarily convert (as opposed to regulatory mandate) to full ZLD operations and eliminate the discharge stream. In order to accomplish this and operate as a ZLD plant, the State of Illinois requires that a facility must have a licensed representative on staff to oversee on-site internal treatment of waste streams. Until that requirement is met, the plant can operate for only short periods to pilot test treatment strategies. Patriot plant manager Rick Vondra applied for the state license, passed the required testing, and now holds the credentials required by the state for ongoing waste treatment key to achieving ZLD.

At the request of Patriot, U.S. Water team members reviewed the status of plant operations in early January to determine feasibility of the transition to ZLD.  This review of operations validated that current plant operations were consistent with water use predictions that U.S. Water had investigated and modeled at the time of the original design. That initial engineering review led to the original plant design that included the necessary piping to capture waste streams for recycle. Periodic well sampling also confirmed that the well water supply quality was stable and the decision was made to implement recycling strategies.

Implementation
The first step in implementing ZLD operations at Patriot was reviewing and modifying the distributed control system (DCS) to eliminate a cold lime softening (CLS) recycle loop that was integrated into the water management software. The intended purpose of this recycle loop was to maintain steady flow through the CLS unit during periods of lower water use. Recycle of CLS effluent is one way to stabilize CLS hydraulics as large flow rate changes can result in performance upsets. However, this results in treated process water being “re-treated” which increases chemical usage. In a ZLD environment, minimizing any chemical addition is critical to managing ion balance. A cardinal rule of successful ZLD operations is to carefully assess every chemical addition and identify potential reductions or elimination. Chemical usage needs to be scrutinized and minimized so that there is no unnecessary addition. Elimination of the CLS recycle loop was key to reduced chemical usage. In order to manage and stabilize CLS hydraulic flow, the plant now allows the finished water tank level to rise and fall between a comfortable range to meet plant demand while maintaining adequate reserve storage.

The next step was to replace sulfuric acid with plant generated CO2 for recarbonation (pH adjustment) of CLS effluent. This replacement is critical to managing the water system ion balance; specifically, sulfate loading that impacts co-product quality and value.  Notably, this also becomes a sink for carbon dioxide that would otherwise be vented to atmosphere.
These modifications were followed by introducing the waste streams in two phases: The first stream to be recovered and recycled was cooling tower blow down water. This was easily accomplished by the pre-engineered piping and valve manifolds designed to divert blow down water to the well water tank. This tank is the supply tank for the CLS and includes a blend of well water, gravity filter backwash water, and in transitioning to ZLD, now includes the introduction of cooling tower blow down. Recovery of the first of these streams began in early February 2010. This blend became the in-feed to the CLS for a period of approximately two weeks allowing observations of ion cycling in the water system at all stages. On site monitoring of critical ions such as sodium, sulfate, silica, chloride, and hardness confirmed successful ion balance of this first phase stream.

The next step was to introduce RO concentrate into the well water tank. This had also been engineered into the system piping allowing easy diversion to the well water tank now operating as a “blend” tank of well water, CT blow down and RO concentrate. With the recovery of this waster stream, the plant ceased discharging any wastewater and achieved ZLD operations.
As a follow up, water treatment equipment performance and water system ion balance continued to be monitored closely by both the plant and U.S. Water personnel. Since water recycle and reuse will increase the concentrations of soluble ions that impact downstream equipment, it is necessary to monitor reverse osmosis units and cooling system heat exchangers to assure that all affected equipment is operated in safe ranges to avoid scaling conditions or increased corrosion.

With the recycling of these two streams, cooling tower blow down and reverse osmosis concentrate, the plant achieved ZLD status in early February 2010. Subsequent water testing, both on site and with samples sent off site for more detailed lab analysis, indicates that the plant is able to operate reliably in a ZLD environment and meet water specifications for all downstream uses, i.e. cooling tower makeup, boiler water makeup, and importantly, process water used in ethanol production.

An additional concern includes meeting the air quality PM10 limit for the cooling tower. This is an EPA requirement that limits the total dissolved solids in circulating cooling tower water. This can become very problematic in ZLD operations due to the cycling of dissolved solids. The plant continues to operate well below this regulatory limit as specified by their air permit.
At the outset of this article, it was mentioned that Patriot had purchased properties that include wells for plant water supply. In the interests of maintaining long-term operations and guaranteeing a good water supply, the plant can draw from three different wells. The three wells can be operated individually or together as controlled blends. These potential blends are also being observed to determine the optimal treatability. Initial well water use during the transition to ZLD incorporated using the well with the most difficult to treat characteristics. This was followed by various blends to achieve optimization. Using the most difficult well supply at the outset was necessary to validate operability under worst-case conditions.

As mentioned earlier, water usage was at approximately 2.9 gallons of water per gallon of ethanol produced prior to implementing ZLD. During the transition, water usage has been reduced to about 2.0 gallons per gallon of ethanol, nearly a one third reduction. Put into an annual perspective, this amounts to a savings of an astounding 100 million gallons of water per year. This is enough water to supply the needs of the entire city of Annawan and additionally a number of farms surrounding the plant in Henry County. Well monitoring indicates that there has been no water table depletion and this water conservation mode should punctuate the careful investment and planning that went into water conservation.

Conclusion
The plant has achieved the goal of operating as a ZLD facility. Importantly, this was done voluntarily by Patriot (the first voluntary ZLD ethanol conversion in the U.S.) in keeping with their corporate philosophy: providing good jobs in the community and a market for locally grown grain, and contributing to international trade with a significant $35 million dollars in overseas exports. By proactively reducing water usage, they are demonstrating their commitment with actions that prove they are trying to be a good neighbor in the community.  Patriot continues to demonstrate forward thinking by exploring other process enhancements to improve efficiency and to insure long-term survival in a challenging business climate. Managing water usage is just one of the very critical components of that path forward.