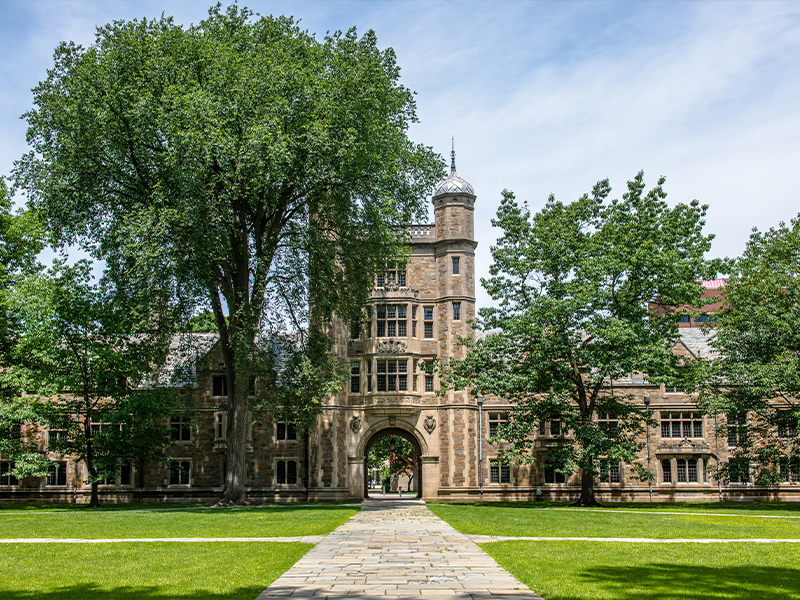 For the past five years, Kurita America has been partnering with a major university on the east coast of the United States for their water treatment needs. Due to COVID-19, the university was facing a heightened Legionella risk after a year and a half shutdown of the campus. Because of remote learning during the pandemic, many of the buildings were not in use, specifically without the water being circulated. The historic campus has several buildings over 100 years old with the infrastructure and the piping dating back to when the buildings were initially built. These two issues likely allowed for the growth of Legionella and possible Legionnaire’s Disease.

There is no acceptable federally defined Legionella level for a system, which creates a patchwork of Legionella regulations across the United States. However, it is generally accepted if 30% or more of samples come back positive for Legionella, then there is a greater risk. The university faced hundreds of positive samples and was considered an emergency response. There are preventive and routine responses too.

In the case of the university, fortunately, no one was sick due to the campus being vacant, but Legionella should be taken seriously. In 2022, the Joint Commission (TJC) updated their standards for mandatory water management plans but does not include Legionella testing. The voluntary American Society of Heating, Refrigerating and Air Conditioning Engineers (ASHRAE) standard 188 would potentially cover universities.

The major east coast university had planned to bring students back in September of 2021 after remote learning. In the summer of 2021, the university started to do preemptive Legionella testing of their 95 buildings. Hundreds of samples were collected and tested, and most of the buildings found varying levels of Legionella in the water supply. The one building that did not have detectable levels of Legionella had two permanent Sanipur SANIKILL® monochloramine systems already in place supplied by Kurita America. That building had a previous issue with detectable Legionella.

The university was already using two SANIKILL systems, which generates monochloramine to produce supplemental disinfection to potable water systems. However, there was no one living on campus at the time, so the university decided to rent a portable Sanipur monochloramine system, also known as SANIKILL, from Kurita America. Monochloramine is one of the four Unites States’ Environmental Protection Agency (EPA)- approved drinking water disinfectants. Kurita America is an authorized distributor of Sanipur with nationwide coverage, delivery services, and experts in servicing and installations.

The SANIKILL system is connected to a building’s water supply and runs for two weeks at said building. During this time, the water can be used. The Sanipur monochloramine system was chosen over chlorine and chlorine dioxide because those chemicals are less effective and more corrosive. The portable system is extremely effective at penetrating biofilm where Legionella tends to live. The system is also safer to work with and non-corrosive to piping systems. During the use of the system, there has been no issues with current pipes.

For the first hook up of the system, a Kurita America sales representative assisted by programming the system, setting up the operations, testing, and checking for good residuals. Every two weeks, the sales representative returns to the campus to do regular checks on the water treatment. In total, Kurita America had four people working with the university from the beginning.

The university started the SANIKILL system at the worst-affected building, and after seven days, samples were pulled, and no Legionella was detected. After the full 14 days, the building was safe again. The portable SANIKILL system was then moved onto the next building. The process is ongoing after eight months since the university is renting only one system. Until a permanent solution is put in place, Legionella will return. As such, the university has asked Kurita America to quote additional permanent installations with 26 buildings quoted so far and more to come, possibly over 90 buildings. Kurita America’s past performance with the customer was the biggest driver, considering accountability and reliability.

Many facilities, including universities and institutions, are slow to implement secondary disinfectant systems because Legionella testing is not regulated. Often, Legionella testing is not included in water management plans. Regular Legionella testing is recommended, quarterly for at-risk facilities and annually for proactive facilities. Universities will likely face rising cases of Legionella due to remote learning and extended periods of stagnant water, aging infrastructure and equipment, the methods of transmission (i.e., showers, drinking fountains, etc.), and warmer temperatures. Because facilities are not testing regularly, many facilities will not know they have a problem until someone is sick. The increased safety with a SANIKILL system allows for peace of mind and increased security against Legionella and other waterborne illnesses.

Legionella is an ongoing risk to the east coast university and other institutions. With the permanent SANIKLL systems supplied by Kurita America, the university will have safer and more accessible water for its students, employees, and visitors.