Could you Benefit from Reverse Osmosis Pre-Treatment?

Reverse osmosis is an effective process used to remove dissolved solids that lead to corrosion and scaling deposits in industrial water systems. It can also be used for desalination and removal of nitrates, chloride, and other inorganic compounds as well as softening applications in drinking water systems. To support your RO system and water sources, pre-treatment through media filtration is often [...]

Most people would agree that a traditional coupon is useful! Who doesn’t want to save $3 on box of laundry detergent? But when it comes to water treatment, there is a different kind of coupon to appreciate: the corrosion coupon. Corrosion coupons are used to measure the effectiveness of inhibitor chemistry on corrosion rates in recirculated cooling and heating process water. These coupons are pre-weighed [...]

Why Developing a Holistic Roadmap For Your Water Treatment Matters

Background The year 1972 saw the passage of the Clean Water Act (CWA) - an act that provided incentives, penalties, as well as funding for communities to clean their water. The Environmental Protection Agency (EPA), at the time, estimated that over two-thirds of the waters in America were unfit for fishing or swimming; a number that was cut in half after the CWA was established. Almost 50 years later, the [...] 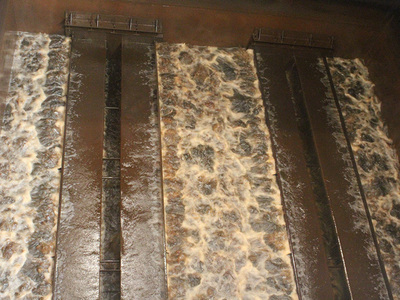 The Key to Saving Water is in Your Backwash System

Since airwash was first introduced into filters in the 1960s, it has been widely known that the introduction of air with water achieves greater media cleansing and promotes optimum performance of granular water filters. Simul-Wash™ is a simultaneous air and water backwash system. The Simul-Wash cycle consists of four steps: draindown, combined air/water backwash, air purge, and restratification. The key to [...]

Managing Your Potable Water System During the Pandemic

As featured in Water Online.

The Federal and State mandated business closures and travel restrictions, due to the COVID-19 virus, have caused many businesses to reduce water flow in various complex building water systems. While the COVID-19 virus is not associated with building water systems, there are other pathogens and water quality issues that can potentially develop due to stagnant or reduced water flow in buildings. There may be [...]

Is Sludge Thickening Worth the Effort?

Most wastewater treatment facilities benefit from sludge thickening operations. However, determining if sludge thickening is worth the time and effort isn’t quite as simple. Understanding your facilities treatment process and implementing a solids management plan will help to simplify the answer.  Execution of a solids management plan will require the consideration of facility goals, available [...] 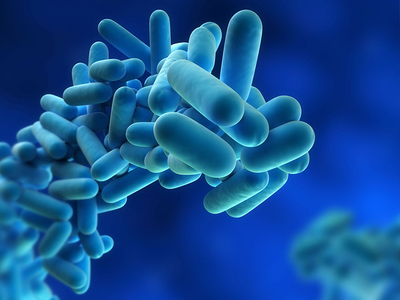 Incidents of human illness and fatality due to pathogens in industrial, commercial and municipal water systems are increasingly prevalent in the news. Although it is not required by law throughout the U.S., practicing a water management program in accordance with the ANSI/ASHRAE Standard 188-2018 demonstrates the value of a safe and healthy environment, as well as protects your facility from potential legal disputes [...]

Fats, Oils and Grease (FOG’s) can dramatically reduce efficiency, while increasing the operational costs of your wastewater treatment system. Food processing facilities often experience build-up of grease deposits or caps in their lift stations and piping. Below we have highlighted some possible system impacts of leaving FOG’s untreated and solutions to ensure optimal system operation. Potential [...] 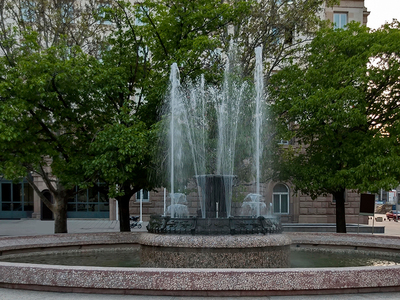 Introduction In June of 2015 the ASHRAE Standards Committee developed Standard 188-2015, Legionellosis: Risk Management for Building Water Systems. The most recent updated document (188-2018) outlines the minimum requirements for the development, implementation and ongoing maintenance of a L egionella  risk management program in new and existing buildings. The Standard is a culmination of several years of [...]

How to Select Your Pilot Study Resource

How do you know if you need a pilot study? If you do need a pilot study, how can you ensure it will be effective? Pilot studies are often used to validate or optimize a treatment process or technology and can provide the data needed for process design or state regulatory approval. Because all water sources are different and respond differently to treatment, design should begin with a complete water analysis. [...]

Your Performance Index: Your Guide to a Quick System Check-Up

The beginning of a new season is the perfect time to perform system maintenance. As many plant operators know, consistent system maintenance optimizes system performance, prolongs the life of your system and detects minor fixes before they transform into costly repairs. We’ve included a list of suggested tasks below to help you perform a quick system check-up. Filters Ensuring that your filters are [...]

When to Replace Your RO Membrane

On the surface, it might seem that knowing when to replace the membrane elements in a reverse osmosis (RO) system would be simple. In attempting to keep it simple, many companies will use one or more of the following guidelines for replacing their membrane: time, often after 3 years (the membrane manufacturer’s warranty period) an increase in the RO permeate conductivity, as related to their water [...]