At an ammonia production facility located in rural Nebraska with surrounding cornfields and gravel roads through the facility, the cooling tower collected high amounts of solids and silt through the natural air scrubbing of the system. These suspended solids circulated through the cooling system and accumulate over time. No filtration system had been installed to remove these suspended solids, thus the number of solids in the circulating water continued to increase with run time and was even higher in spring and autumn when truck traffic through the plant increased.

The plant had multiple compressor jackets as well as shell and tube exchangers that were oversized for their application. Due to required process conditions, the plant was forced to significantly pinch back cooling tower flows to accommodate desired process temperatures. Calculated velocities through the exchangers were as low as 0.5 ft/sec. Deposits can often be avoided with flow rates of 5 to 8 ft/sec; however, at less than 2 ft/sec, the suspended matter drops out of solution and can form deposits.

Over the course of a year, the plant began to see heavy fouling, plugging of tubes, and even tube failure in several heat exchangers. Multiple shell and tube exchangers with very small diameter tubes experienced reduced flow and, in some cases, complete blockage of flow through the tubes.

To further exacerbate the issue, the tube leaks led to process ammonia leaks, causing biological issues in the cooling system. Overall, these failures resulted in plant downtime, reduced exchanger capacity, and even replacement of exchangers.

Additionally, the plant was designed to drain the cooling tower header back to the basin for an emergency plant shutdown. While not uncommon, it causes a large influx of water to stir up solids that had settled out in the basin. These solids would then recirculate through the plant upon startup, causing more solids to settle out in plant exchangers.

Based on both the nature of the deposits on the exchangers and not being able to change the plant exchanger design, the best path forward was to lower the solids in the circulating water. Getting to the root cause of the problem and removing the solids in the system was determined to be the best long-term solution for the customer, though a chemical dispersant could have been used to help keep solids suspended. A basin sweep filtration system was recommended to continuously remove circulating solids in the cooling water and prevent the issues seen previously when water was drained back to the basin. Ongoing solid removal from the basin floor would help reduce the amount of solids in the system and, over time, minimize the impact of shutdowns and startups on the quality of the cooling water.

The basin sweep filtration system has a grid of spray nozzles, which were custom designed for the customer’s cooling tower basin. Spray nozzles direct solids toward the end of the basin, where a separate recirculation pump pulls water into the centrifugal separation system. The solids are blowdown to the plant discharge, and the clean water is circulated back through the sweep grid.

Recently, the plant had its first annual shutdown and drained all the water from the cooling tower system for inspection. The basin floor was extremely clean, which eliminated the need for an off-site cleaning and vac crew to remove solids from the basin floor during the shutdown. Inspections of heat exchangers in the plant have seen a large reduction in solids, and the overall biological counts in the cooling water have been well controlled and within range since the system was installed. Elimination of the cleaning and vac crew have reduced costs by $3,000 per shutdown. Reduction of deposits improved reliability and asset life on heat exchangers, which is hard to put a price tag on but extremely valuable for the plant. 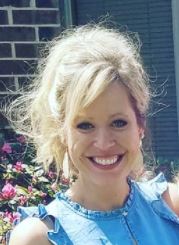 About the Author: Danae Lillie is an account manager at Kurita America who specializes in industrial accounts, providing troubleshooting and technical solutions. She has a chemical engineering degree from Kansas State University, and prior to Kurita, she worked as a project engineer and production supervisor in processing facilities. 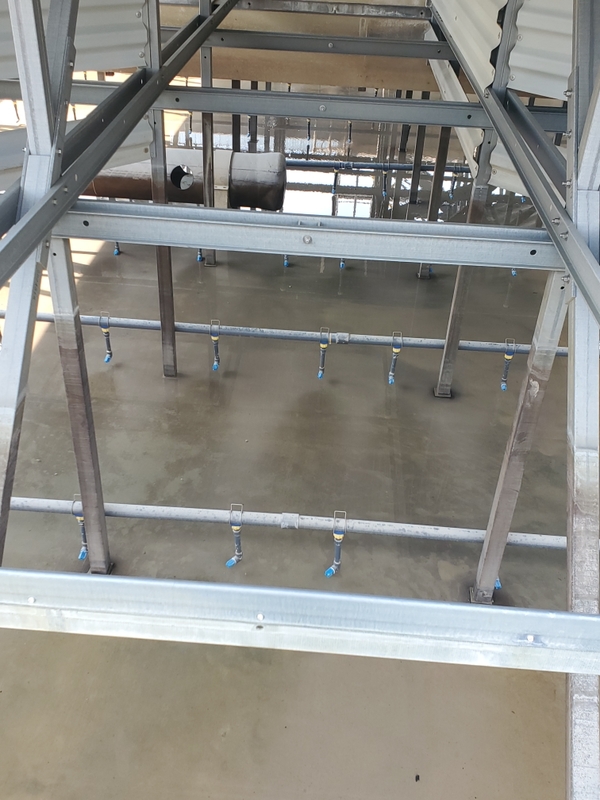 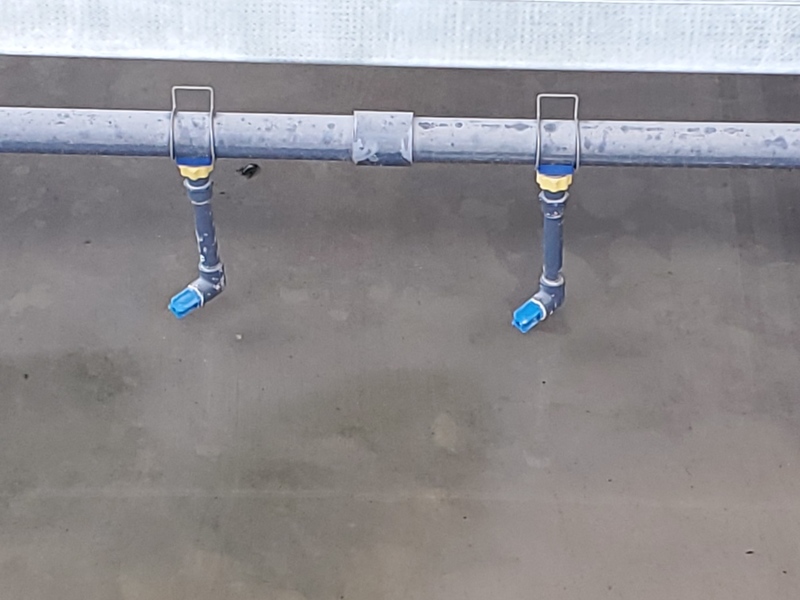 Close up of custom-made nozzles for customer site in basin sweep filtration system.