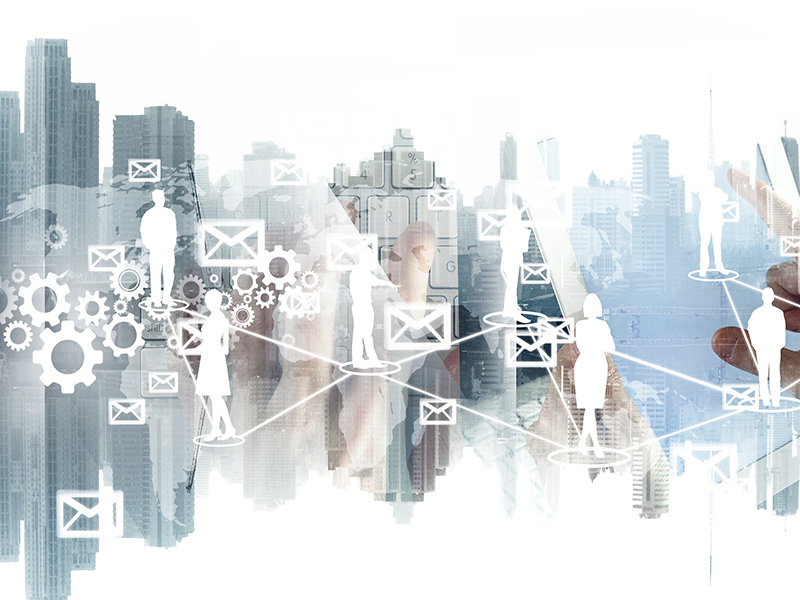 For decades now, the ubiquity of the internet has been essential to modern life. Services like email, Google, and Amazon have connected us to each other, the vast collective knowledge of humankind, and brought literally whatever we desire to our doorsteps with just a few motions of our fingers. Like any widely adopted technology, the internet’s popularity relies on the principle that users need not know how it works, only that it does work. That said, as we think about what role emerging network technologies can play in our daily business, more specifically in an industrial capacity, a high level understanding of the basics can not only simplify our work, but also stimulate our imagination of what is possible.

In the first article of our series on the Industrial Internet of Things (IIoT), we gave an overview of the IIoT space, and addressed the factors that are driving its growth. Namely, opportunities for control and analytics can provide us greater efficiency in maintaining assets, increasing yields, and protecting personal and public safety. With an eye on the latter, discussions of IIoT (as opposed to Internet of Things, IoT) must remain cognizant of the sensitivity and vulnerability of industrial infrastructure. These critical issues will be addressed in depth in a later article, but they will remain a topic of interest throughout the series.

Networks and the Internet

We begin with the very basics of networking. When we talk about networking, we’re talking about computer networks in the broad sense, that a computer is any computing device with the facility to communicate with another computing device. This includes not only standard PCs and laptops, but also smart phones, smart watches, and even smart dishwashers. To a novice, the internet might be synonymous with Wi-Fi, email, or the World Wide Web (or simply, the web) — the collection of websites like Netflix, or Google, that we access through web browsers like, Chrome, Firefox, or Safari. Not only are these technologies independent of each other, but they encompass just a fraction of the internet. The internet actually consists of the entirety of all interconnected computer networks across the globe. When accounting for all internet connected devices, not just classic computers, this is referred to as the Internet of Things (IoT). At present there are already more internet connected devices than people on Earth, and it is estimated that 10-50 billion will be connected by 2020.

Given the sheer volume of internet connected devices, most people will have some familiarity with consumer IoT network technologies like Wi-Fi, or Bluetooth. However, the growing space of Industrial IoT (IIoT) has distinctive demands and challenges, and often require more robust solutions.

To cover a few more of the high-level details of IIoT networking, let’s consider a generic industrial plant with a cooling tower system. As covered in the previous article, our ultimate goal is to maximize efficiency of the cooling tower (and therefore the plant as a whole). The incorporation of IIoT technologies provide us with two opportunities, control and analytics. Analytics will be covered in future articles.

Of the two domains, control is the more mature, though mature is not necessarily complimentary in this sense as much of the controls in use today are positively outdated. One purpose of this article series is to provide a glimpse at the next generation of controllers that are on U.S. Water’s horizon.

Regardless, our typical cooling tower application will have a controller, a device that monitors and maintains various parameters of the system. These controllers invariably have basic networking capabilities as well, so the mental leap to leveraging IIoT tech isn’t that difficult.

Unsurprisingly, a controller’s main function is to control the system. While essential to the functioning of a plant, control alone isn’t quite good enough. Without networking, operators would have to physically interface with the controller onsite in order to do any monitoring or programming. This gives rise to the need for remote accessibility. Here we have two (not necessarily mutual) possibilities, a local (internal) network that connects the controller to the plant’s DCS or SCADA system, or providing the controller an internet connection (i.e. connecting it to the IIoT).

First, we’ll take the case of an internal network that connects the controller to the plant’s control room. This is what’s known as a Local Area Network (LAN). It is a type of computer network that connects devices directly, most commonly via Ethernet or Wi-Fi. Prior to the rise of IIoT, this was the standard configuration. However, it has some key drawbacks that make it undesirable today stemming from the fact that the controller must be physically connected to the network via Ethernet cabling, or via wireless connection such as Wi-Fi.

With Ethernet connections, potentially thousands of feet of cabling must be hardwired and secured. As with the case of our cooling tower example, the controller is not likely to be located in the same building as the control room. This could involve laying cable underground.

Wi-Fi, on the other hand, introduces the issue of signal penetration. (As a side note, Wi-Fi is a brand name used to market the underlying nonproprietary technology known as a Wireless Local Area Network (WLAN). The name Wi-Fi was invented for branding and is not an abbreviation of anything.) Wi-Fi operates in the Ultra High Frequency (UHF) band of the radio spectrum. High frequency waves in this range are not suited to transmit through solid industrial materials like steel and concrete. Thus, establishing a Wi-Fi connection to the LAN often requires a line of sight from the controller to the router (the connection to the LAN). This is simply not possible in many situations.

In our previous article, we addressed the question, “Why connect?” Simply put, we can leverage remote monitoring and controls to make our systems more efficient. So let’s start by connecting our cooling tower controller to the internet. For any given LAN, all that is required to connect it to the broader internet is a gateway, a data path that ultimately connects to an Internet Service Provider (ISP) such as Comcast or Verizon. To connect the controller to the IIoT, we again have two options.

The first option is to connect the controller to the facility’s LAN, and piggyback off their gateway to connect to the internet. Since this option still uses the plant’s LAN, this too is outmoded and undesirable for a myriad of reasons. Not the least of which is that we are introducing a security vulnerability wherein an attacker who gains access to the controller can sabotage the cooling tower system, and potentially other systems on the same LAN.

Our second option has arisen more recently, coinciding with the boom in mobile (cellular) data infrastructure in the past dozen years. We can make our controller accessible without connecting it to the plant’s LAN by installing a small device that has a cellular data connection, and it can act as the controller’s gateway. This is known as a cellular gateway. Note that in this sense, the cellular gateway is a physical object, a small computer. This is opposed to abstract gateway as defined above, a data path to the internet.

The cellular gateway actually alleviates many of the issues raised by connecting to customer LANs. No extensive cabling/wiring is required. The controller is typically wired via Ethernet to the cellular gateway installed beside it. Additionally, while cell signal penetration has not been much of an issue in our industrial applications, when an issue does arise, the variety of service providers and the radio bands in which they operate allow for more leeway than a Wi-Fi connection. Finally, this mitigates the security threats posed by connecting to the LAN. In fact, in this arrangement, the controller and cellular gateway are completely isolated from the customer’s LAN, effectively eliminating the possibility that the controller or cellular gateway (should they become compromised) could be used to attack other facility systems.

At this point, our controller is accessible via the internet. At a high level, we’ve covered the very basics of networking and its role in IIoT. There are still gritty IT-related details like securing the devices and granting access to authorized personnel, for example, the cellular gateway ought to be connected to a Virtual Private Network (VPN) so it can remain hidden from attackers, but the topics of VPNs and network security will be addressed at a later date. As we build our base of knowledge in these articles, we will begin to tackle more cutting edge and exciting topics that are sure to have lasting impacts across all industries in the coming decades.